Although Patrick was an English man he is Ireland’s patron saint due to the fact that he was captured and enslaved when he was only 16. He spent 6 years as a slave until he managed to escape by boat. Once he arrived in Britain he claimed to have received many messages from God so he became a bishop and returned back to Ireland to spread the Christian religion. His mission had its difficulties, for instance he fought against druids and some bad rumors were spread about him. In spite of everything he didn’t give up and he is still today considered as the person who threw all the snakes out of Ireland. He died on the 17th of March 461. 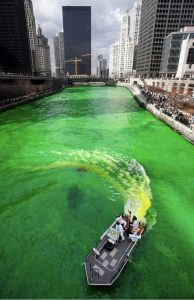 Since the 17th of March 1601 people dedicate this day to Saint Patrick, surprisingly it all began in Florida but now it’s celebrated all around world. In Ireland it’s common to go in the morning in church and eat corned beef, cabbage and champ in the afternoon, sometimes they even dye their beer in green. Moreover the Chicago river is dyed in green annually in Saint Patrick’s honor. 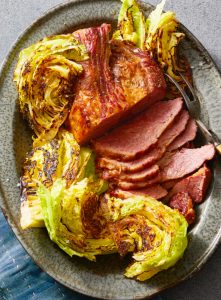 On this day it’s necessary to dress up in green so that you will be invisible to leprechauns, if not you’ll get pinched a lot!